You are here HomeThe Mists of Cairnemoore 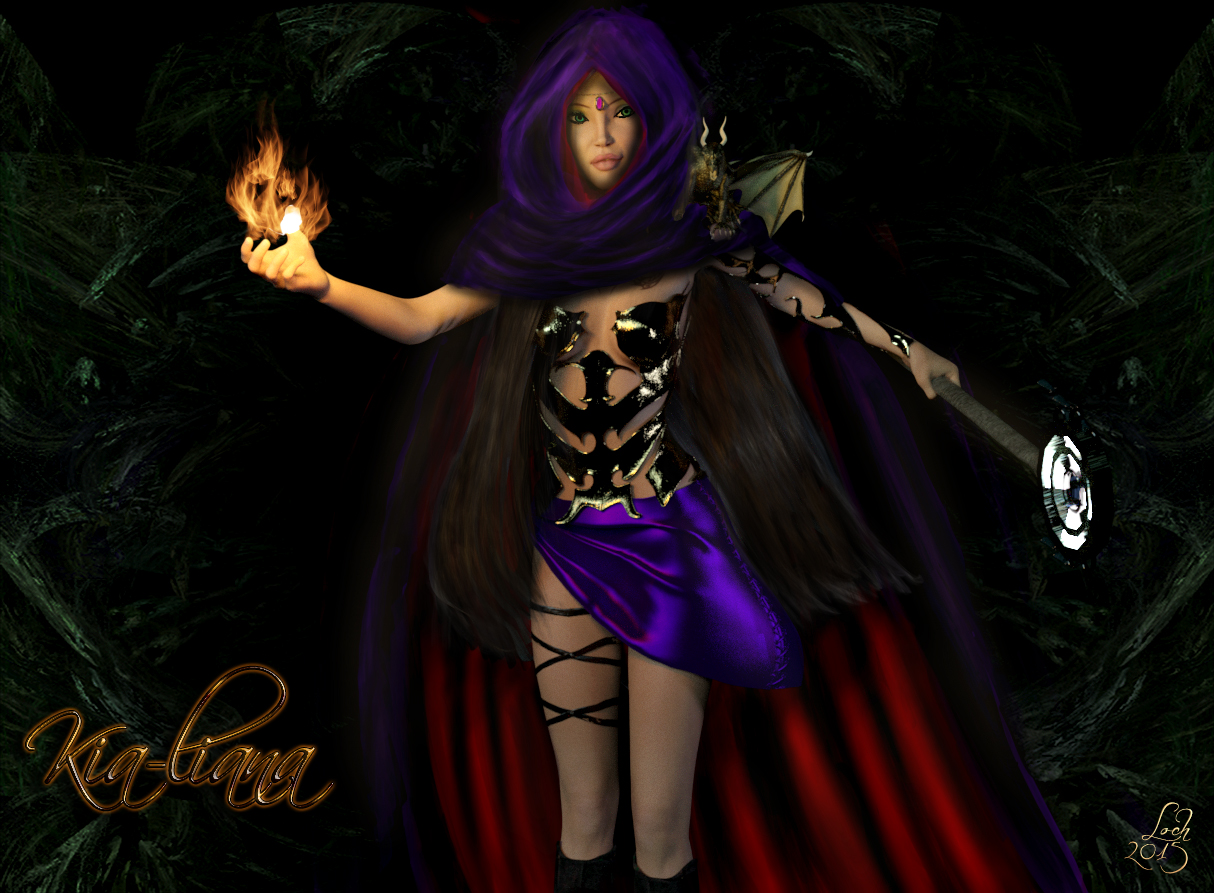 KIA-LIANA – Jayne plays a young elven sorceress named Kia-liana, along with her cat familiar Cal. Her heart was set upon revenge upon the evil half-orc Roshak for killing her mentor, but after slaying him, she lost her purpose. Throughout the past several years, Kia has slowly lost trust in seemingly trustworthy people and places. This led her down a dark path, but her familiar Cal has brought her back on the straight and narrow. The most recent war has caused her to adopt a new perspective on life. She seeks to be a better person and relies on her friends to keep her grounded. She follows a new set of rules and guidelines she and her familiar created together and has truly started turning over a new leaf. 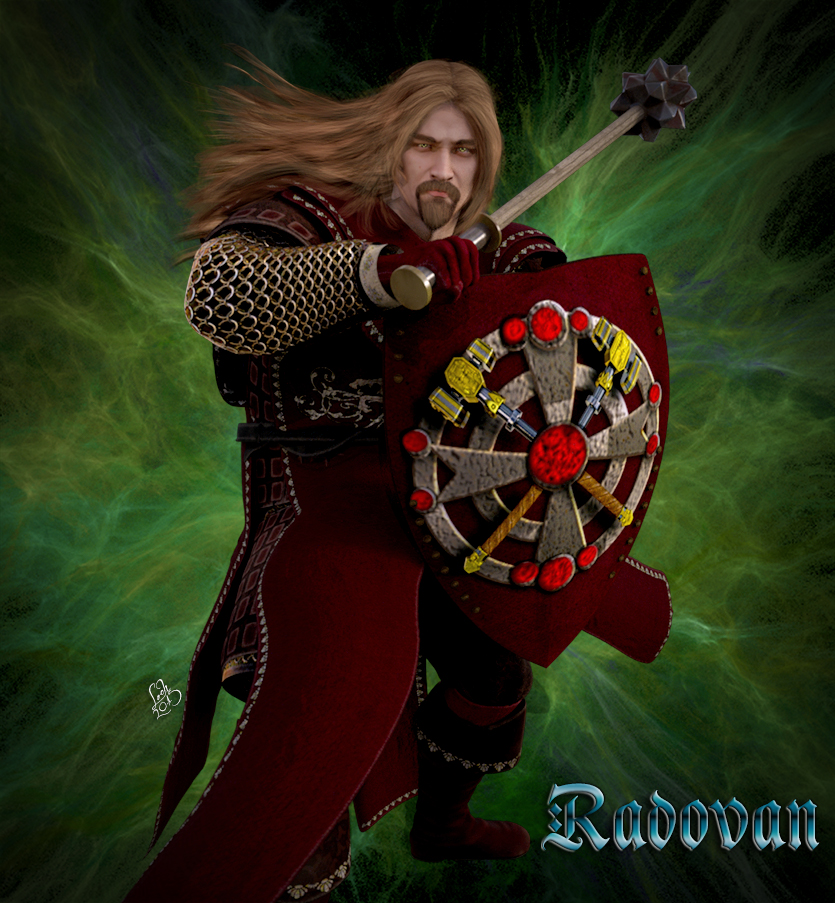 RADOVAN RENIER- Shaggit plays a human war priest of St. Cuthbert named Radovan Renier. Born and raised in an orphanage, Radovan found the teachings and ways of St. Cuthbert early in his life. Initially shirking his responsibilities as a member of The Chapeaux order, Radovan eventually came around after destroying an evil cult with Kia-Liana and Raica though temporarily lost his powers in the process. He has since atoned and performed loyally, bringing to light a threat to the Crown that resulted in the Drakharyanki wars and the climactic battle at Panerian Ridge. During this battle, Radovan lead the Forlorn Hope expecting to die in the process. He was the last of this specialized unit to survive, and carries the deaths of those under his charge to this day. The King granted him Nobility and since the war, Radovan has been traveling from town to town helping in restoring order and law since so many soldiers lost their lives. Humor and joviality are hard to come by a year later and only his true friends Kia-Liana, Marlowe Raephell and Raica see him jest or manage a smile. 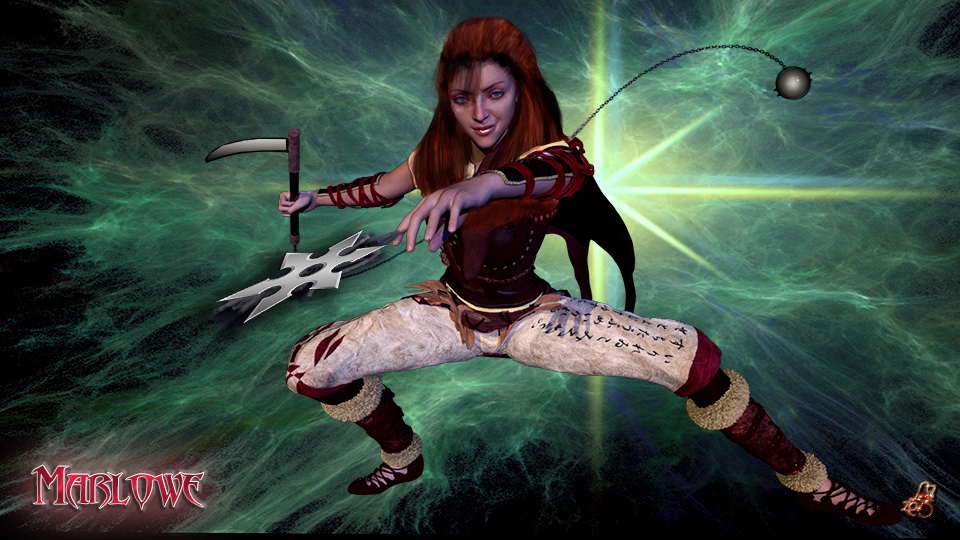 MARLOWE – Marlowe Raephell has finally found a place to belong in Arconas among the company of Radovan Renier and Kia-Liana. One would think the Battle at Panerian Ridge would have given Marlowe her fill of conflict; however, the plucky monk seems to be more even more lustful for combat. She struggles with her newfound nobility, trying to mimic the etiquette demonstrated by her trusted comrades, but can’t seem to lose her rustic mannerisms. Despite her grand accomplishments in the war with the Drakhar-Yanki, Marlowe still feels lacking in the progress she’s made since coming to Arconas. Desperate to become stronger, Marlowe has begun developing her own martial arts style with help from Radovan. She hasn’t been completely unaffected by the war; Marlowe is privately haunted by nightmares of Prince Renathon’s death at the hands of Drakhar and has become a bit overprotective of her friends as a result. 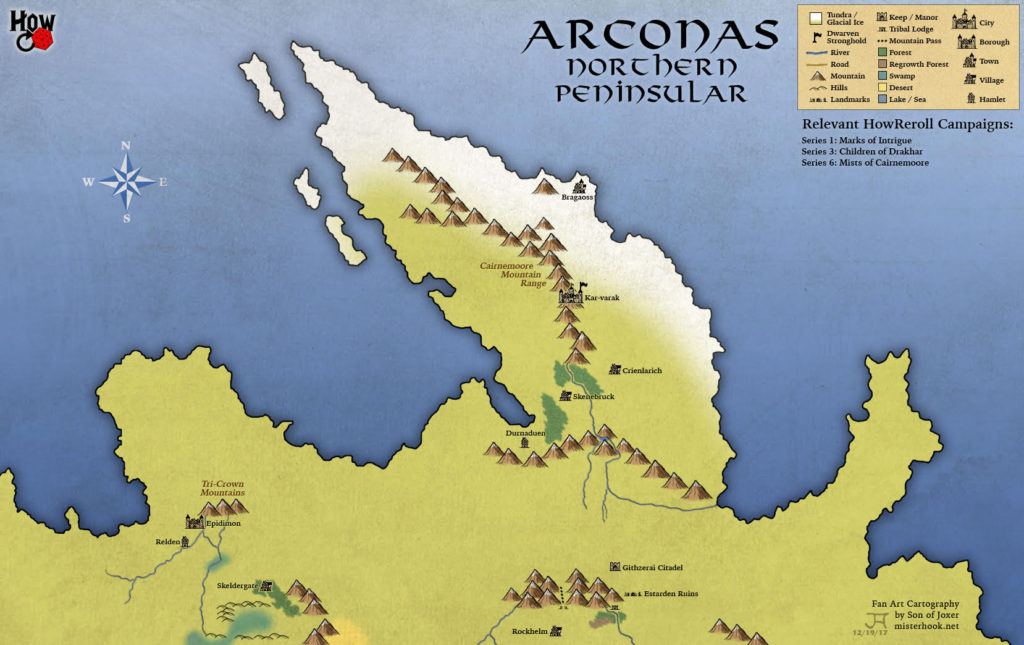