You are here HomeRise of the Fallen

Rise of the Fallen

Rise of the Fallen Campaign 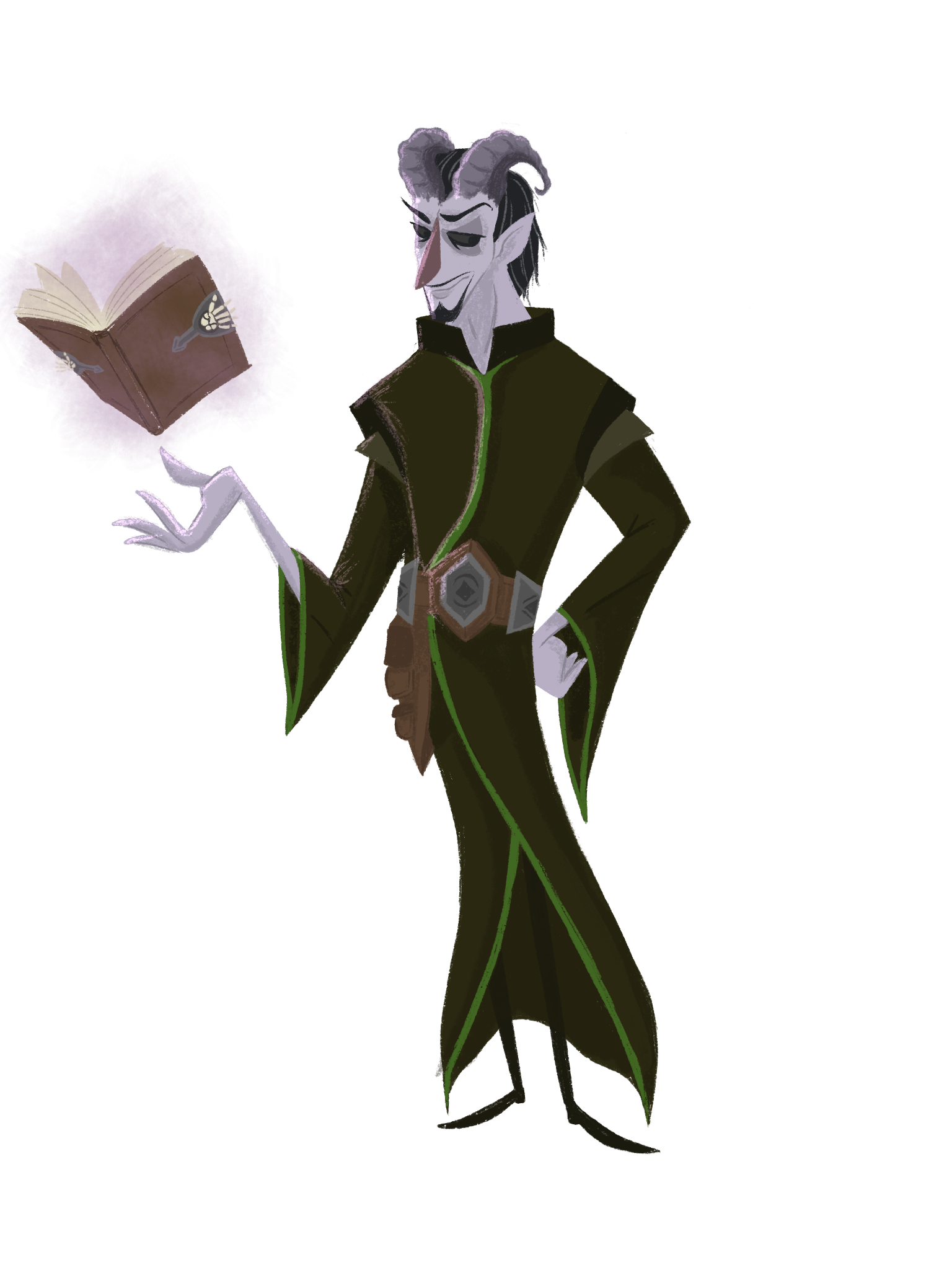 EMLEN CINN – Shaggit plays a tiefling warlock named Emlen Cinn. Always the outsider, Emlen grew up to be feared and mistrusted on the outskirts of a small fishing village. In order to assimilate with folks who feared him, Emlen focused hard on power of personality in order to win them over. Having to manipulate the situation based off something he couldn’t change but desperately wanted to, Emlen’s heart grew dark. To have to do so much work just to be treated equally by plebs who were not as smart or amazing as him? One day, a book entered Emlen’s life. It had been sent to his mother to be deciphered and studied. With merely a glance, Emlen became drawn to the book and that night, it began to speak to him in his dreams with promises of power. Among those powers, the ability to undo his infernal curse. Never one to pass up an opportunity, Emlen took the book and fled, and ensuing journey invariably landing him in hot water and on the wrong side of the law.

Years later, Emlen found himself arrested and chained on a ship to a prison island. By stroke of luck, a storm struck and the ship crashed while en route and only a few of the prisoners survived. During the shipwreck Emlen met some friends and survived, afterwards discovering they had mutual motivation to head to city of Corthan to enact revenge on those that had them arrested. Pursued by bounty hunters, the party succeeded and Emlen and his newfound friend Tolgar Wolfspine evaded capture and returned to Tolgar’s tribe, the Scarbloods. A shadow of its former self, Emlen promised to help in its regrowth for there was still one more person he wished revenge on. A powerful wizard named Porthan Dewint. 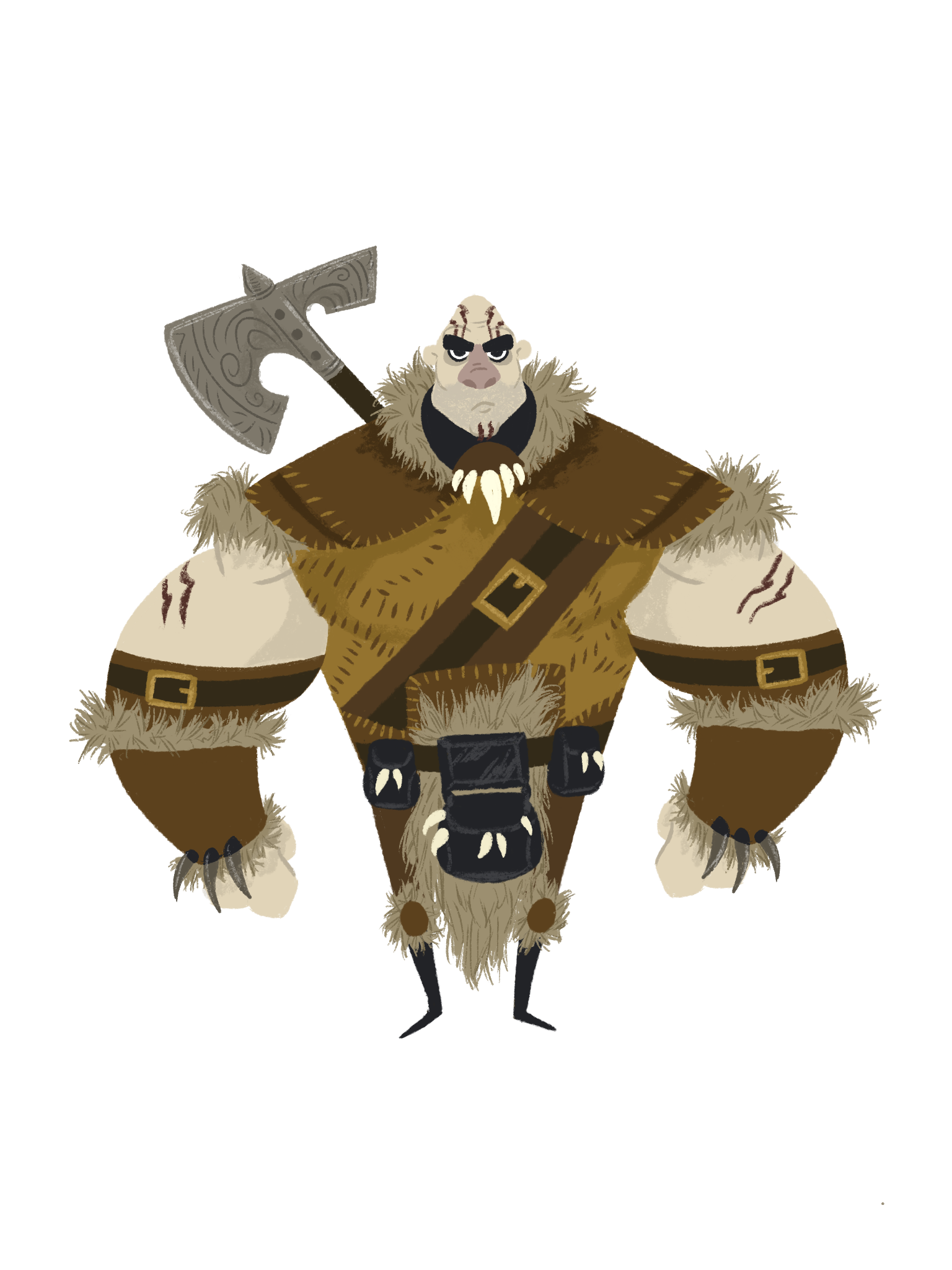 TOLGAR WOLFSPINE – Jayne plays Tolgar Wolfspine, a human male barbarian raised in the Scar Blood tribe in the Northeast. As a child, he quickly adapted to tribal life, giving up his individual identity for one that belonged to a tribe. He learned to answer to his superiors, take direction, and not question leaders above himself. Tolgar challenged himself to become strong and dutiful, aspiring to be a model barbarian to his tribe mates as well as an example to his younger brother, Theon Wolfspine. After the fall of his tribe, he ran West in search of a new home for his beloved tribal family. He has many secrets yet to be revealed. He shirks off emotions, has a bad habit of incessantly organizing things, and bears a tattoo of a wolf spine upon his back.

After escaping from the fate of a prison island, he bans together with other like-minded baddies to get revenge against those who have done him wrong. Revenge is met and he travels home to regain his proper place amongst his tribe. As suspected, his weak brother reigns over the Scar Blood tribe, and he murders him in cold blood, becoming the war chief of a tribe of young children and old women and men. He now attempts to build up his tribe with the help of his new friend, Emlen Cinn, who claims his dark magic, combined with the natural strength of his tribe, will become a force to be reckoned with. 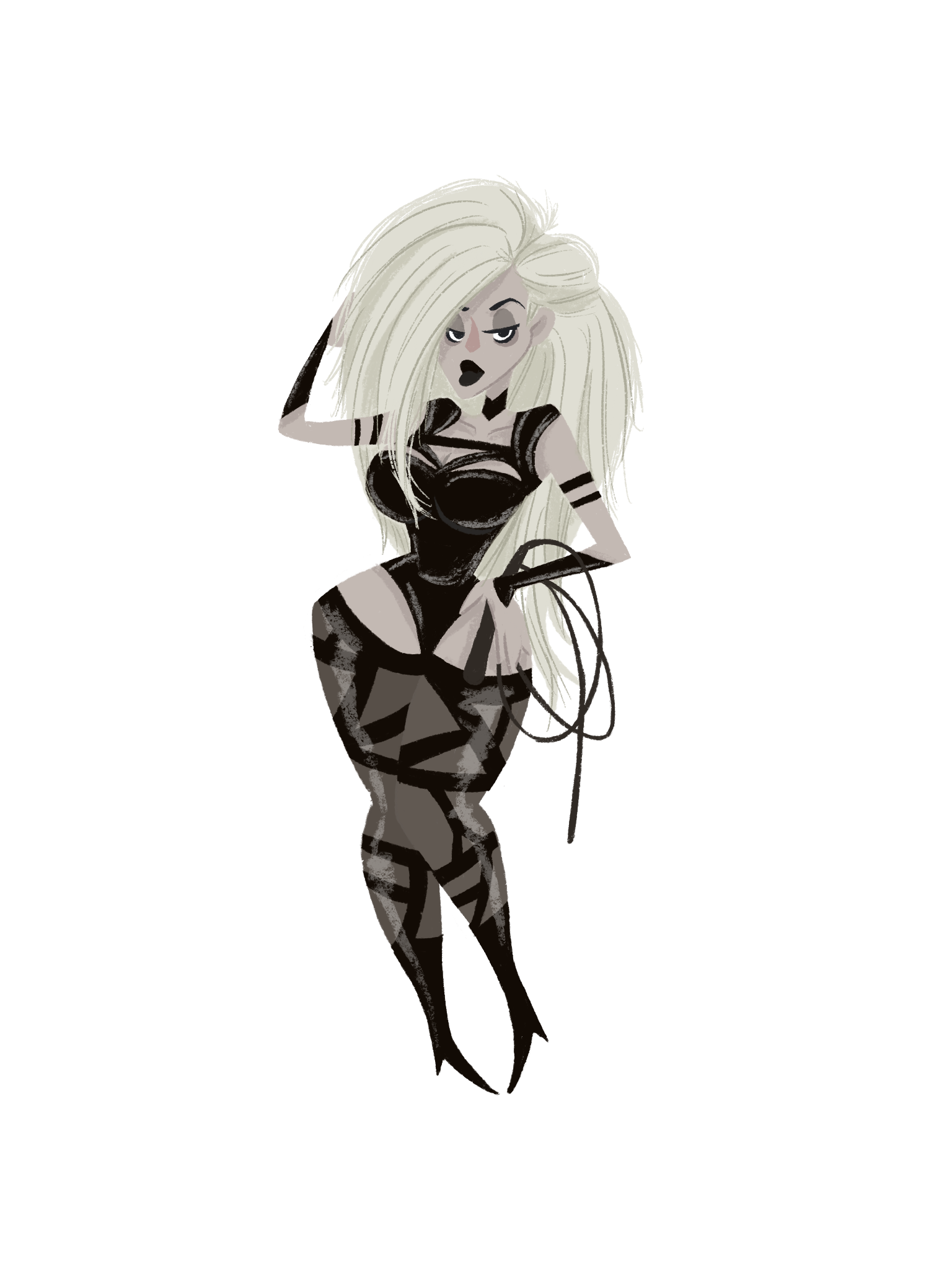 LILITH EDENWOOD – Spook plays Lilith Edenwood, a human thrall. Lilith Edenwood has completely left her former identity as Emelia Avon behind. After embracing a life of servitude as a chosen thrall of Malcanteth, (and all the bloody pleasure that goes with it,) she set about building her coven with the girls of The Garden.

Though quite pleased with the progress she and her Flowers had made, Lilith was furious to discover, upon returning from a small shopping excursion abroad, that her palace of debauchery for glorifying her goddess had been reduced to ashes.

All her Flowers had escaped the blaze unharmed and reported the arsonist as a brazen and wicked woman who dared to challenge Lilith’s own reputation as a femme fatale of undeniable dominance. After gathering information and a couple of convenient allies, our dark lady set out to seek the assistance of her old acquaintances in crime. To insult a Chosen is to insult Malcanteth Herself, and Lilith simply CANNOT allow such a vile witch to simply walk away. 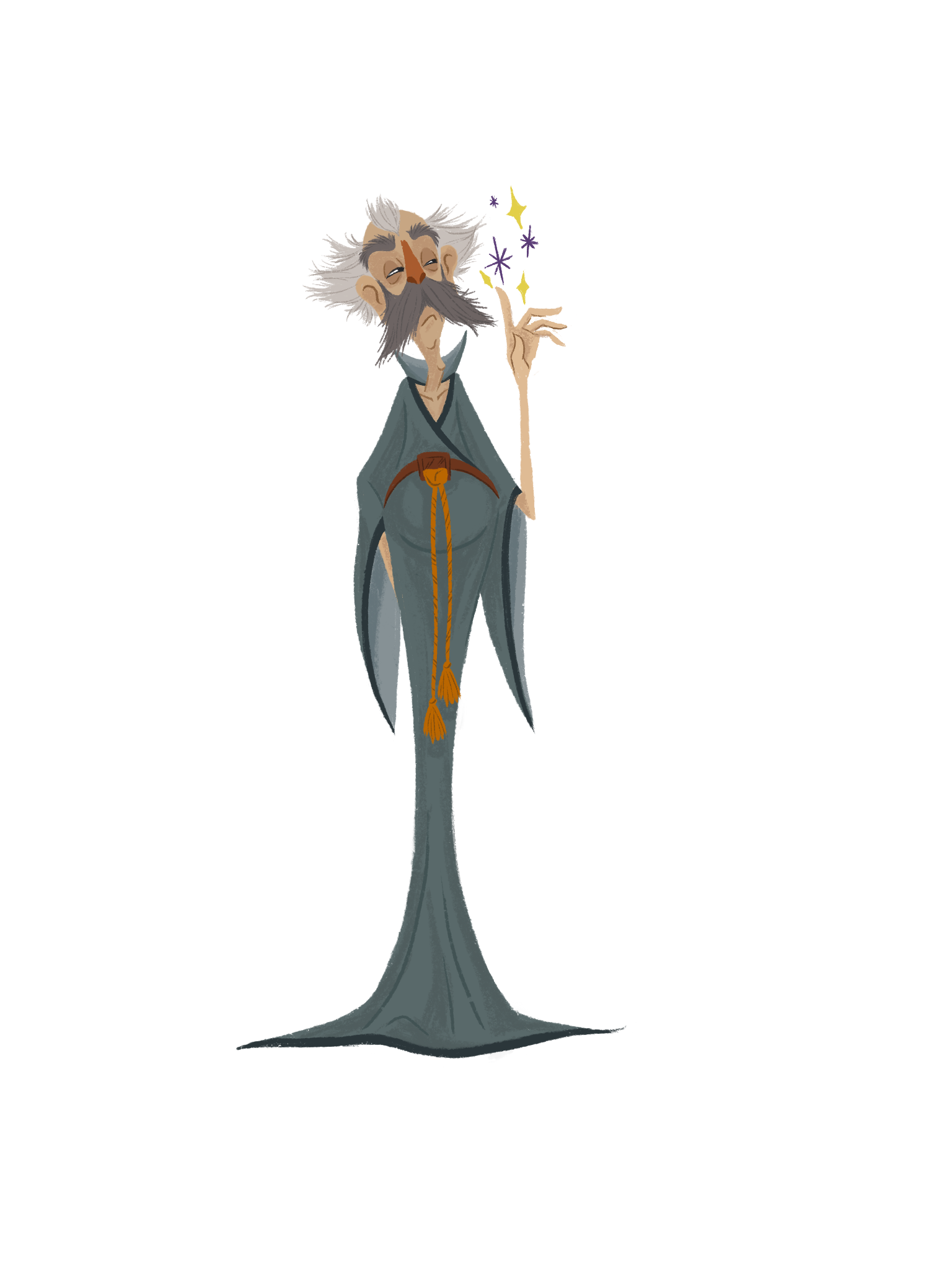 THELONIOUS KONCH – Matt plays a wizard named Thelonious Konch. When Thelonious was young, he was already very gifted at the arcane arts. So much so, that he was given the opportunity to train under a very powerful wizard. He, along with 2 other apprentices, spent his days refining his skill and broadening his grasp on all things magic. While he relished every moment of study, he equally hated the time he had to spend around the other apprentices. They would tease him incisively about the two very things that bothered Thelonious most about himself; he didn’t come from a family of means, and he had a very noticeable lisp.

Eventually, it became too much for him to bear. Thelonious would sneak into the great library after his days of training and look into arts that his master strictly forbid him from learning. It is here where he found just how beneficial the “power of persuasion” could be. One night, he found a lowly drunk in a tavern and tested out his newfound abilities, making the innocent man take up arms and cut the two apprentices down in their sleep. The man was arrested and executed for his crimes, and Thelonious was never suspected for even a moment. This was his first true taste of power.

His master, however, did suspect that he had something to do with it, and refused to mentor him any further. This didn’t bother Thelonious, as he felt that his path had started to go in a totally different direction than the one his master was traveling. And with that, he started his long journey of seeking out power and knowledge, doing anything he had to do to obtain it. And if someone stood in his way? He simply made them move. Or made someone else move them. 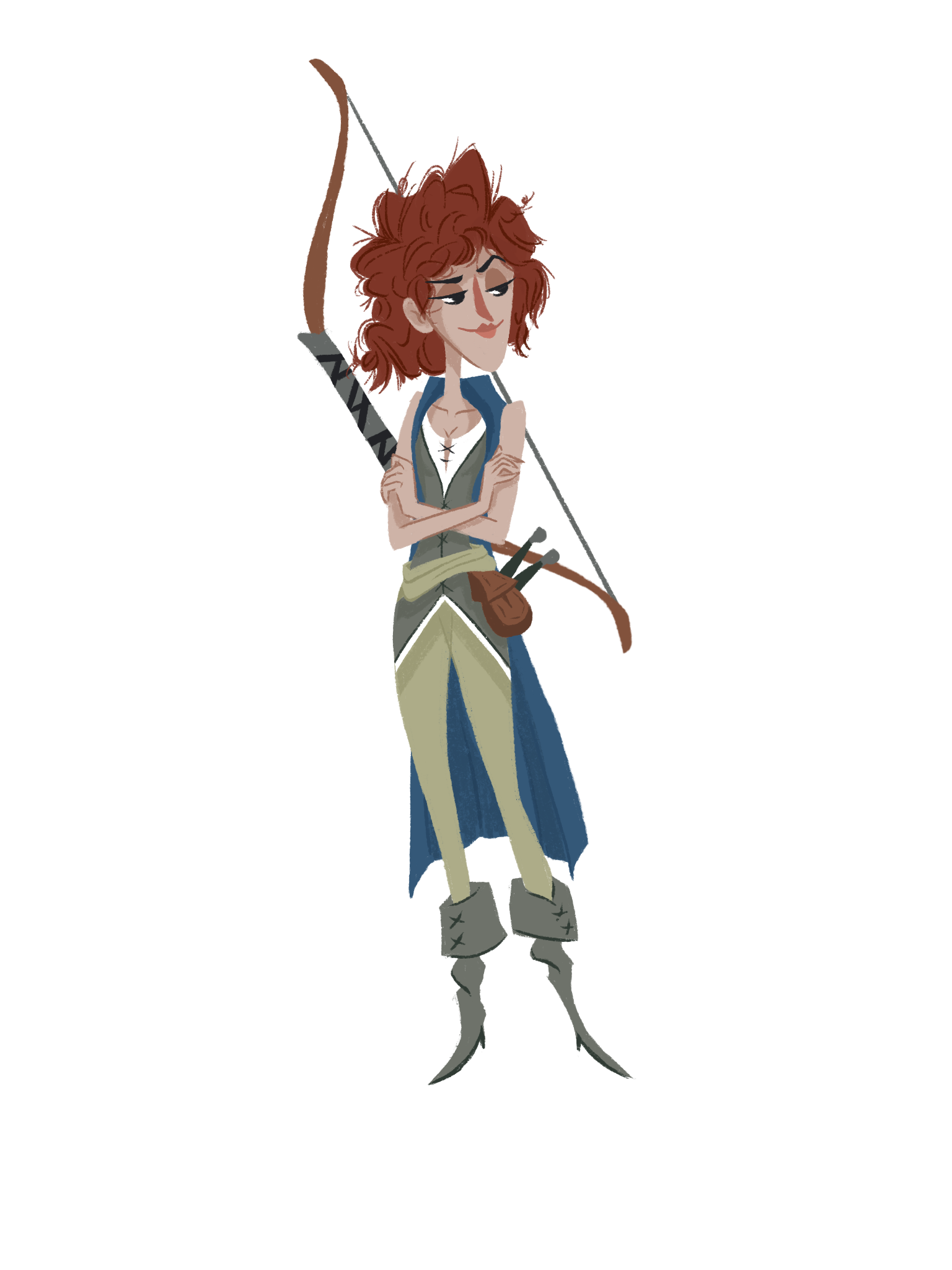 KYLA WARD – Satch plays Kyla Ward, a human Ranger/Rogue. Kyla Ward (Rachel Squaller) is the daughter of Coleman and Leanna Squaller, farmers from the Corthan region. Her mother was greedy and left for some rich man when the opportunity seemed to present itself. As Kyla grew more capable, the world grew less so- falling into a war which so during in a rush for soldier provisions lead to the death of her overworked father. He was too good for a ruined world. What an idiot. Kyla was left fatherless, and mournful, escaping into the wilderness where she could fend for herself freely. Growing only more angry with the powers that be, and bitter toward society as a whole, she fostered a vengeant penchant. When she had returned to Corthan, her farm had been repossessed, and few would be able to recognize her. she used this to her advantage and began offering her service as a travel guide- a ruse through which she would assassinate the unwanted and take their wealth.