You are here HomeChildren of Drakhar 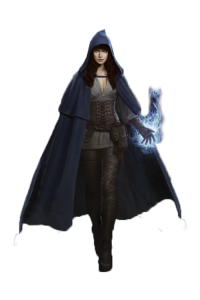 KIA-LIANA – Jayne plays a young elven sorceress named Kia-liana, along with her cat familiar Cal. Her heart was set upon revenge upon the evil half-orc Roshak for killing her mentor, but after slaying him, she lost her purpose. Throughout the past several years, Kia has slowly lost trust in seemingly trustworthy people and places. She also recently discovered her pet cat Cal is actually a pseudo-dragon in disguise. Scammed again and again, she is confused by the consequences of her actions and only finds safety in her two friends, Radovan and Raica. She is intrigued by the new addition to the party and has developed a liking for Marlowe’s philosophy of “starting at 0.” She is fed up with being played by the politics and greed of Arconas and has decided to do things for HERSELF. 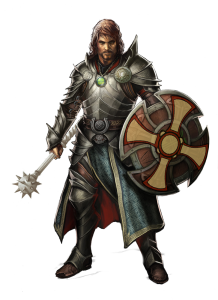 RADOVAN RENIER – Shaggit plays a human cleric named Radovan Renier. Never shy or scared, he seeks to conform the world to his particular views and thusly holds it to an impossible standard that often leaves him frustrated and angry. Born and raised in an orphanage, Radovan Renier found the teachings and ways of St. Cuthbert early in his life. He temporarily lost his powers by breaking the law to save his friend Raica, but has since atoned and has a renewed vigor for St. Cuthbert. Not much is known about his past and it would be foolish to attempt to inquire. 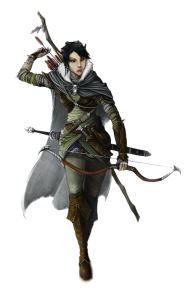 RAICA – Bane plays a half-elf rogue named Raica. Born to the high Elf’s unwed daughter, Racia was immediately shunned within the Elven community. Never knowing her father and being an inconvenience to the community, Racia took to the shadows. Kind-hearted yet cautious of everyone she meets, Racia loves all things shiny and constantly scours for plants to use in her latest concoctions. 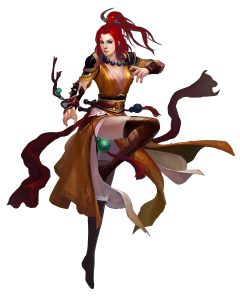 MARLOWE – Spook plays a mysterious monk named Marlowe from the North. A cheerful young woman, Marlowe strives to enjoy life through personal discipline and accomplishment. Never one for serious moods, she frequently speaks in lame puns to keep the atmosphere light. Marlowe is a swift and agile monk with a love of unarmed combat, always looking for a worthy opponent to test herself.

Marlowe is completely uninterested in material things, finding the feeling of self-accomplishment upon completing a challenge more than sufficient over monetary reward. She carries few items on her person as the load would inhibit her movements and opts to “live in the moment” rather than prepare or plan ahead. Contrary to this theme, Marlowe carries a grimy, worn sake cup and insists on drinking from it exclusively. 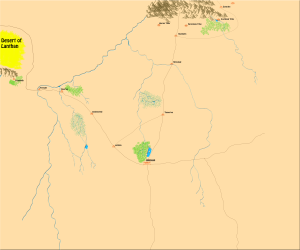