You are here HomeWrath of the Fallen

Wrath of the Fallen

Wrath of the Fallen Campaign 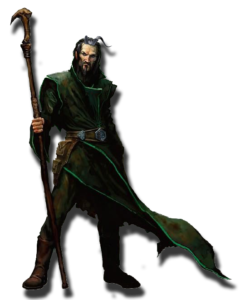 EMLEN CINN – Shaggit plays a tiefling warlock named Emlen Cinn. Always the outsider, Emlen grew up to be feared and mistrusted on the outskirts of a small fishing village. In order to assimilate with folks who feared him, Emlen focused hard on power of personality in order to win them over. Having to manipulate the situation based off something he couldn’t change but desperately wanted to, Emlen’s heart grew dark. To have to do so much work just to be treated equally by plebs who were not as smart or amazing as him?  One day, a book entered Emlen’s life. It had been sent to his mother to be deciphered and studied. With merely a glance, Emlen became drawn to the book and that night, it began to speak to him in his dreams with promises of power. Among those powers, the ability to undo his infernal curse. Never one to pass up an opportunity, Emlen took the book and fled, and ensuing journey invariably landing him in hot water and on the wrong side of the law. 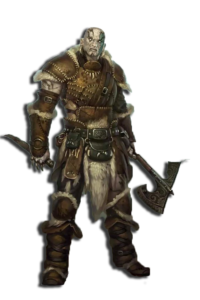 TOLGAR WOLFSPINE – Jayne plays Tolgar Wolfspine, a human male barbarian raised in the Scar Blood tribe in the Northeast. As a child, he quickly adapted to tribal life, giving up his individual identity for one that belonged to a tribe. He learned to answer to his superiors, take direction, and not question leaders above himself. Tolgar challenged himself to become strong and dutiful, aspiring to be a model barbarian to his tribe mates as well as an example to his younger brother, Theon Wolfspine. After the fall of his tribe, he ran West in search of a new home for his beloved tribal family. He has many secrets yet to be revealed. He shirks off emotions, has a bad habit of incessantly organizing things, and bears a tattoo of a wolf spine upon his back.

LILITH EDENWOOD – Spook plays Lilith Edenwood, a human dancer. Seductive and sultry, Lilith has a way with “taking care of problems” in the only way she knows how – through manipulation. Learn more about Lilith by watching the show every Monday and Thursday at 7:30 PM CST on Howreroll. 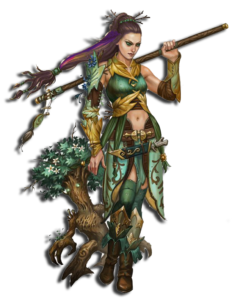 OLIVIA THANZ – Dicetress plays a human druid named Liv. She’s exactly the type of lady you’d want to bring home to your parents, that is if your parents love they type of lady who refuses to learn her place, manages to get her foot placed her mouth more often than her food, and isn’t going second guess a glass of free ale; Olivia is her own woman.

Liv did not know of her powers till later in her life  she only discovered them after her mother and her home land both withered away and died.  She then met a  crazy old eccentric druid hermit named Shroomy that taught her how to be a druid… sort of… he also loved to prank her, hence the purple streak in her hair. Liv became the leader of her small grove like her mother before her but lacked the full druid skill set her mother possessed.

Liv was betrayed by a husband that she reluctantly married. He had her imprisoned and destroyed everything that was her life. Now she sits, and waits, until she can return back home, a home that no longer lives.